HDTV is no longer a technology of the future. It’s here now, bigger and better than ever. And there’s never been a better time to make the move to high definition. Prices have fallen significantly, and there’s more HD programming options than ever before. Practically everything you’ve been accustomed to watching in the past is now available in stunning high definition.

What is High Definition TV?

The old, traditional broadcast TV system depended on signals that were analog in nature. Advances in technology over the last several years have introduced the capability of sending a new type of TV signal that is called digital, or High Definition. This signal offers the capability of a dramatically better, stunning picture, and much better sound.

The HD terms you hear such as 720p, 1080i or 1080p refer to the number of scan lines that the TV can display. Traditional analog TV pictures were made up of about 480 horizontal lines of resolution. These are the small scan lines that actually make up the picture that your eye sees. This is commonly referred to as a 480i, for 480 lines. The “i” refers to the fact that the lines are interlaced, meaning the lines are displayed alternately. High Definition TV offers many more lines of resolution – thus the reason for the incredible picture clarity. HDTV also makes it possible to display the lines progressively, or without having to alternate them. This enhances the clarity even further.

Basic High Definition is referred to as 720p, meaning 720 lines of resolution displayed progressively. But that’s only the start. Full HD has 1080 lines. Broadcast signals go up to 1080i, but there are now new products such as high definition DVD’s that are displayed at 1080p. Thus, 1080p is the ultimate High Definition picture – requiring the most advanced electronics. American carries an unbeatable selection of all different levels of HDTV’s. Once you see the stunning clarity of HDTV you’ll see what all the buzz is about. If you’re a sports or movie enthusiast, once you’ve seen your favorite in HD, you’ll never want to go back!

Size Matters, and So does the SOUND!

As stunning as the clarity of HDTV is, the HD experience is not complete without Dolby digital surround sound. HDTV offers this technology – you simply need the audio system that can best bring that sound into your home. If you’re investing in a new HDTV, you’ll want to seriously consider a surround sound system to maximize your HD entertainment. American has dozens of pre-configured HDTV/Surround Sound packages available. Or, you can build your own with custom components from your favorite manufacturers.

These are the thin, sleek TV’s you see that can hang right on a wall. These TV’s offer the widest viewing angle and the highest contrast. There are two basic types of flat panels. LCD (liquid crystal) TV’s and Plasma TV’s. Plasmas are generally larger screen sizes, while LCD can be large or small in size. Small or mid-sized LCD’s are a great option for countertops, dens, kitchens and baths.

These TV’s offer a slim, lightweight design and advanced technology without the expense of flat panels. All are HD Ready or HD Built-in and offer large screen sizes, a wide viewing angle, high contrast, and have a replaceable light source.

These giant screens are generally used for wall-sized displays of approximately 100″ or larger. Unlike older projection systems, advances in technology now allow the stunning clarity of High Definition to even be seen on these huge screens. You’re seat on the 50 yard awaits!

See the difference for yourself!

American’s commitment to HDTV goes far beyond simply having the finest selection of brand name HDTV’s on display. At American, customers can step up and see everything High Definition has to offer. Experience firsthand the incredible difference in clarity, resolution and color that HDTV’s 1080 lines of resolution provide. You’ll hear and feel the awesome sound an HD signal is capable of bringing to your home through Dolby digital surround sound.

Once you’ve made the decision to purchase your new HDTV, remember that to experience that stunning High Definition picture in your home, bringing in the HD signal is the next key step. This can be accomplished through an HD over-the-air tuner, satellite tuner, or in many markets, HD cable. American makes it easy with our convenient tuner choices.

HD Programming – It’s HERE and more is on the way!

There has been a significant increase recently in the amount of available High Definition programming. The major networks now simulcast in high definition with most local affiliates also sending out this signal. Over 70% of the networks prime-time lineup is now produced and broadcast in stunning High Definition. In addition, the pool of HD programming available via satellite or cable has now expanded to include networks such as HD Net, HD Net Movies, ESPN HD, TNT HD, Discovery HD, HBO HD, Showtime HD, INHD, Cinemax HD and more. Specials, movies, sitcoms, and all kinds of sports are now broadcast in stunning HD. For sports fans, most major sporting events are now broadcast in High Definition – putting you in the middle of all the action.

When will all signals be digital?

The target date for going to all digital broadcasts is somewhat of a moving target. According the the FCC, the target date for the end of the transition from analog to digital television signals is February 17, 2009. If that date holds, at that point broadcasting the current “analog” channels will end and that spectrum will be put to other uses. Until the transition to DTV is complete, television stations will continue broadcasting on both digital and analog channels.

Yes, it’s now possible to have a High Definition player connected to your HDTV. And they, too, are becoming more affordable. There are currently two formats competing for this market. HD-DVD and Blu-Ray. HD-DVD movies have been releases on each format currently, and only time will tell if one format will win out or if they are destined to co-exist. Most of these new HD-DVD’s are being released in 1080p. So, if you are a movie buff who plans on taking advantage of this new technology, make sure your new HDTV also has 1080 capability.

Can I record HD programming?

Yes. Recording HD broadcasts is now easier than ever, and more affordable as well. To record in HD, you will need to purchase some form of an HD recorder. This can be a stand alone HD recorder, or it can be a unit purchased or leased from your cable or satellite company that serves as both your tuner and your HD recorder. Whatever choice you make, one good idea is to make sure you get as large a hard drive as possible. HD programming takes up significantly more space than traditional programming did.

There are many quality levels of digital television programming. The most common are:

Standard Definition TV (SDTV) – SDTV is the basic level of quality display and resolution for both analog and digital. Transmission of SDTV may be in either the traditional (4:3) or widescreen (16:9) format.

Enhanced Definition TV (EDTV) – EDTV is a step up from Analog Television. EDTV comes in 480p widescreen (16:9) or traditional (4:3) format and provides better picture quality than SDTV, but not as high as HDTV.

Consumer Alert
TV equipment with only an analog broadcast tuner will require a converter box after February 17, 2009, to receive over-the-air broadcasts with an antenna because of the Nation’s transition to digital broadcasting. Analog-only TVs should continue to work as before with cable and satellite TV services, gaming consoles, VCRs, DVD players, and similar products. For more information, call the Federal Communications Commission at 1-888-225-5322 (TTY: 1-888-835-5322) 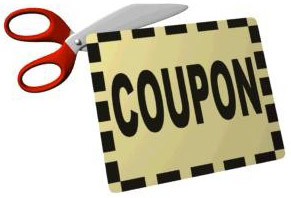 All our products comes with Full Factory Warranty on Parts & Labor